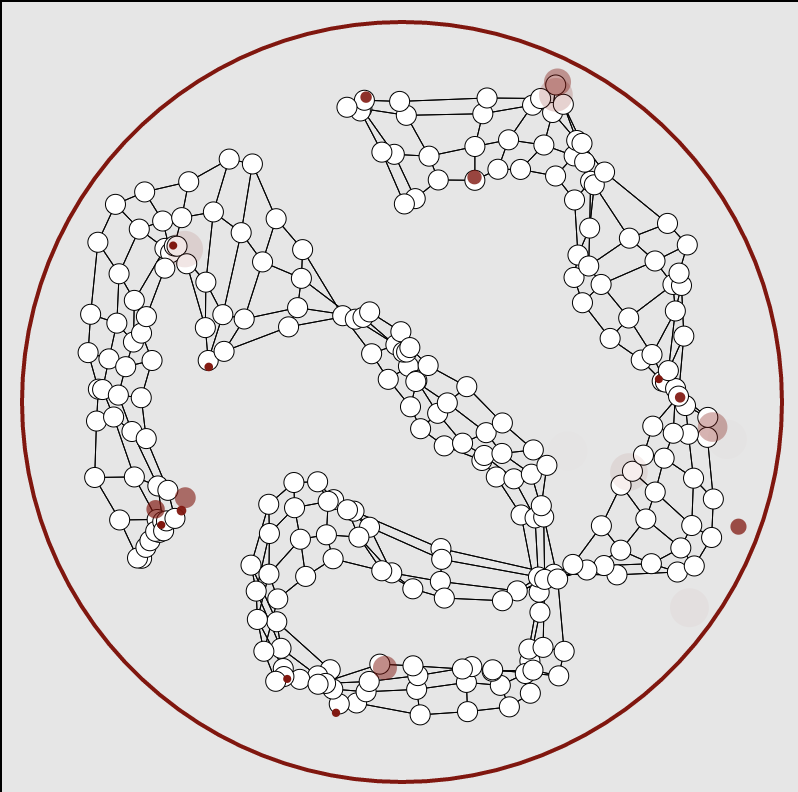 This explorable illustrates the dynamics of a self-organizing map (SOM), specifically a neural network known as the Kohonen Map. The Kohonen map is a model for self-organization of biological neural networks and how the brain can learn to map signals from an input space, e.g. visual stimuli in the visual field, to a two dimensional layer of neurons, e.g. the visual cortex in the brain, in such a way that neighborhood properties in the stimulus space are conserved as best as possible: Neurons that are neighbors in the neural network should respond to stimuli that are also close in stimulus space. 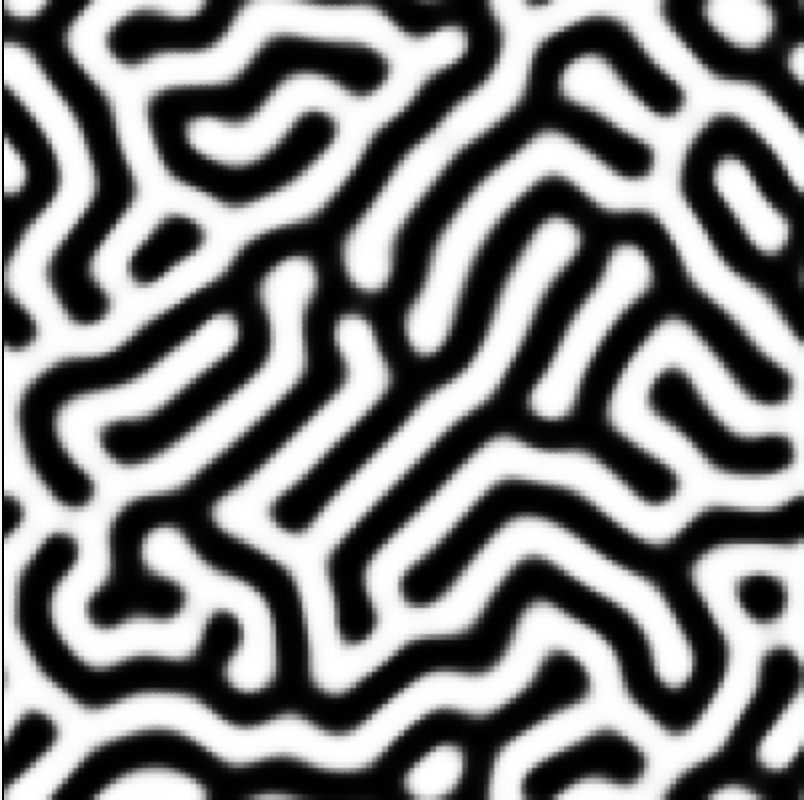 This explorable illustrates one of the most basic pattern forming mechanism: Local excitation and long range inhibition. This mechanism or similar ones are responsible for patterns observed in neural tissue, animal fur and spatial heterogeneity in social systems.