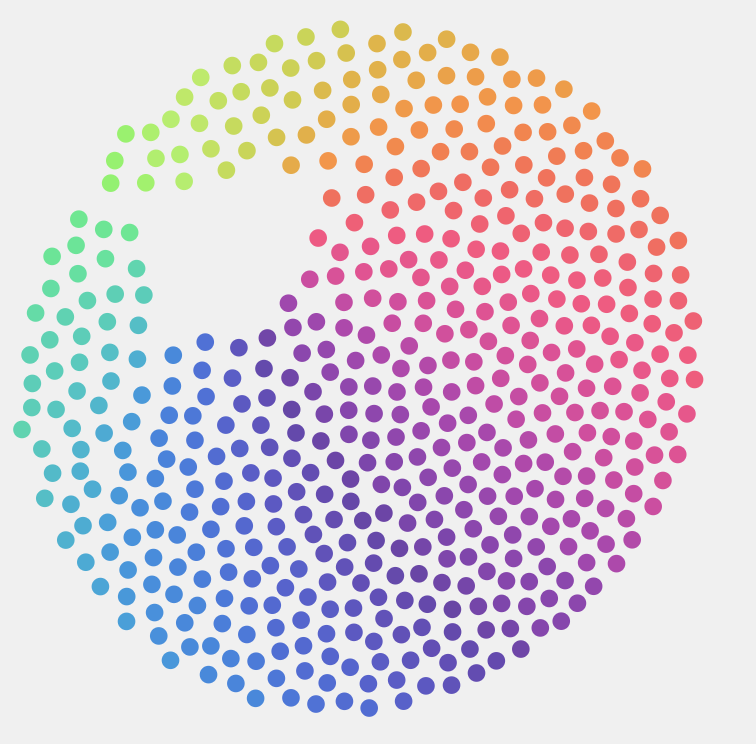 Oscillators that sync and swarm

This explorable illustrates how remarkable spatio-temporal patterns can emerge when two dynamical phenomena, synchronization and collective motion, are combined. In the model, a bunch of oscillators move around in space and interact. Each oscillator has an internal oscillatory phase. An oscillator's movement and change of internal phase both depend on the positions and internal phases of all other oscillators. Because of this entanglement of spatial forces and phase coupling the oscillators are called swarmalators. 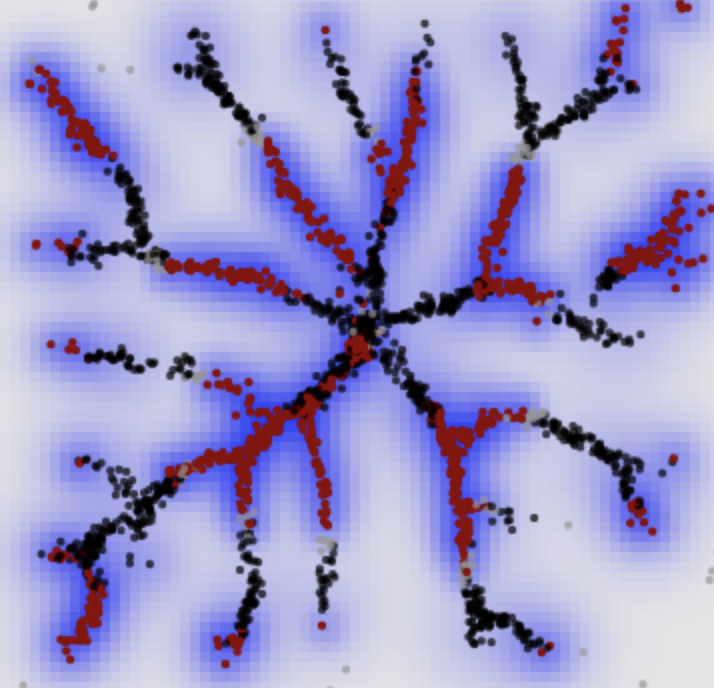 This explorable illustrates how simple, single-cell organisms can manage to aggregate into multi-cellular structures by emitting and responding to chemical signals. Individual cells respond by orienting towards a chemical signal and moving up its gradient, a process known as chemotaxis. The combination of synchronized signal emission and chemotaxis yields collective behavior with beautiful spatial branching patterns during the aggregation process.

Swarming behavior of animals that seek their kin

This explorables is a combination of two models, one that explains the emergence of dynamic patterns and collective behavior in schools of fish or flocks of birds, the second, the Schelling model, captures the geographic segregation of populations of different kinds of individuals. When these two models are combined, a great variety of beautiful dynamic swarming patterns can be generated. These patterns show traces of the generic swarming states like "milling" and segregation effects within these dynamic states. 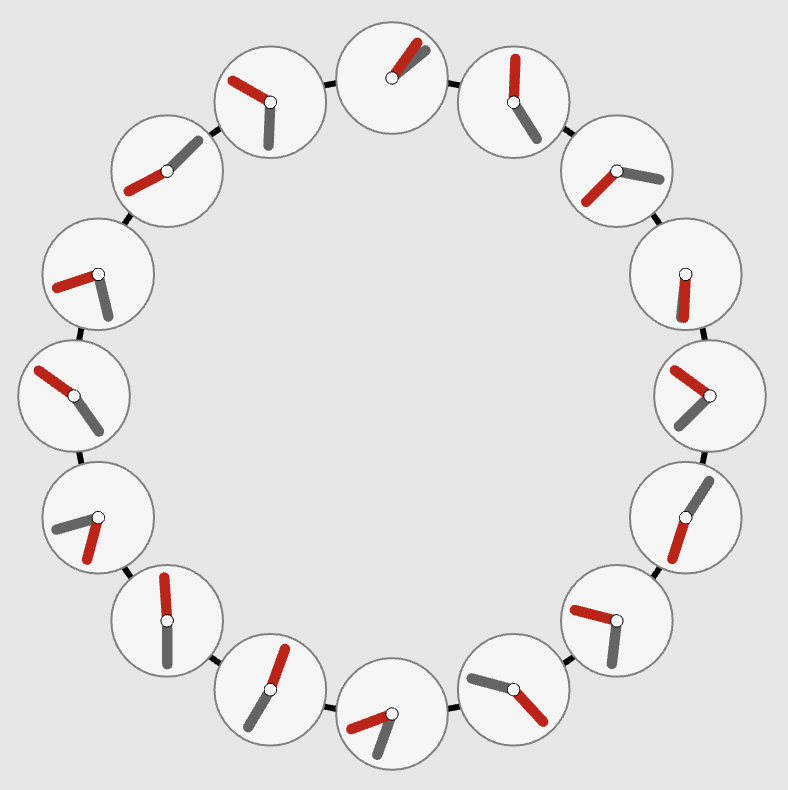 May 20, 2019
This explorable illustrates the wealth of dynamical states exhibited in a network of Janus Oscillators. Janus oscillators are a generalization of ordinary phase coupled oscillators (see Complexity Explorable "Ride my Kuramotocycle!"). Like the Roman god Janus, a Janus oscillator has two "faces", each corresponding to a distinct internal phase variable. This slight generalization produces a surprisingly large array of complex phenomena in a simple ring arrangement. Press play and keep on reading.
read more

This explorable illustrates the mechanism of herd immunity. When an infectious disease spreads in a population, an individual can be protected by a vaccine that delivers immunity. But there's a greater good. Immunization not only projects the individual directly. The immunized person will also never transmit the disease to others, effectively reducing the likelihood that the disease can proliferate in the population. Because of this, a disease can be eradicated even if not the entire population is immunized. This population wide effect is known as herd immunity. 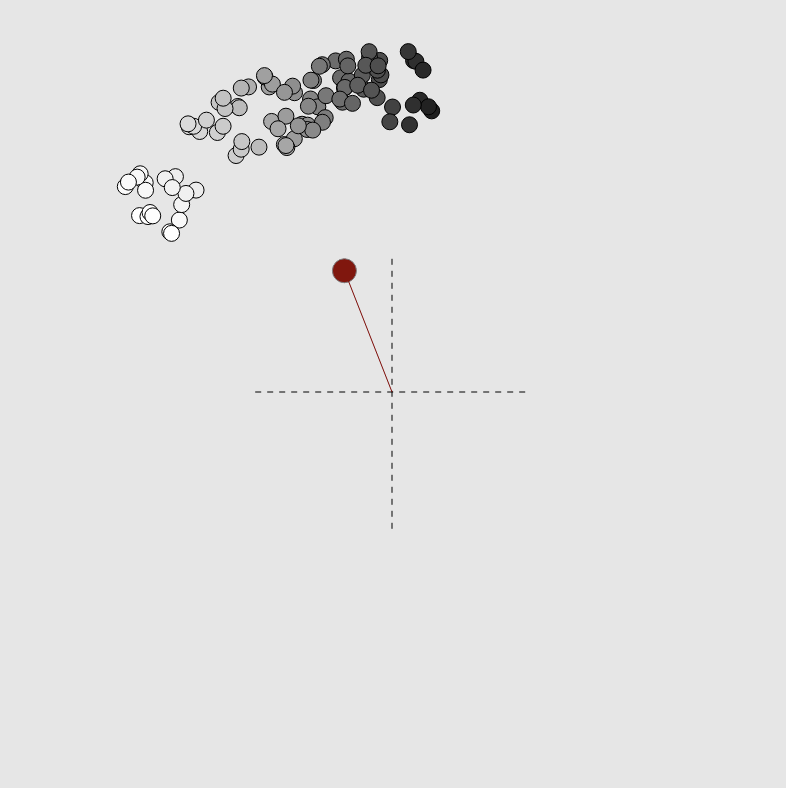 This explorable illustrates the Kuramoto model for phase coupled oscillators. This model is used to describe synchronization phenomena in natural systems, e.g. the flash synchronization of fire flies or wall-mounted clocks. 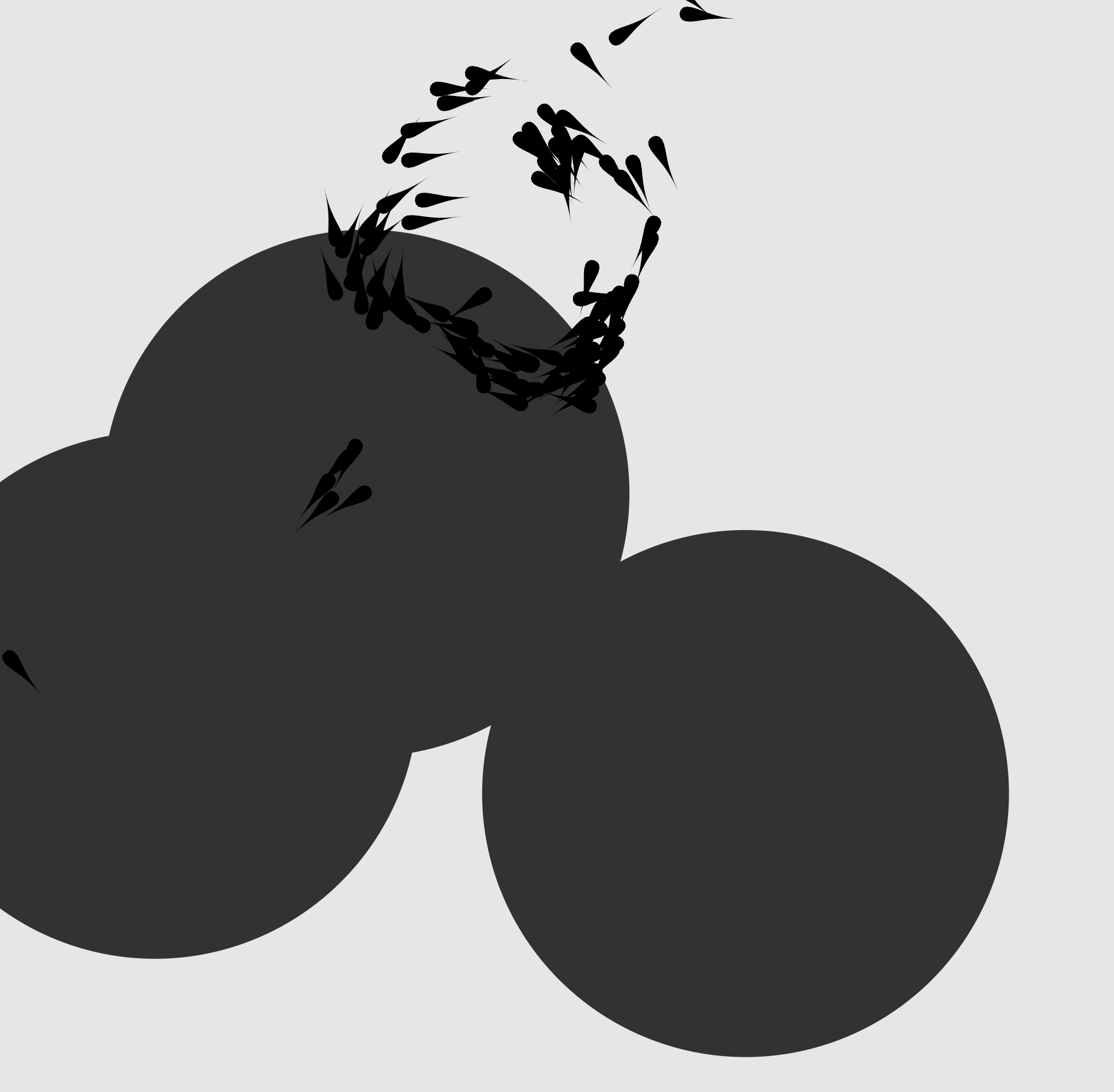 This explorable illustrates how a school of fish can collectively find an optimal location, e.g. a dark, unexposed region in their environment simply by light-dependent speed control. The explorable is based on the model discussed in Flock'n Roll, which you may want to explore first. 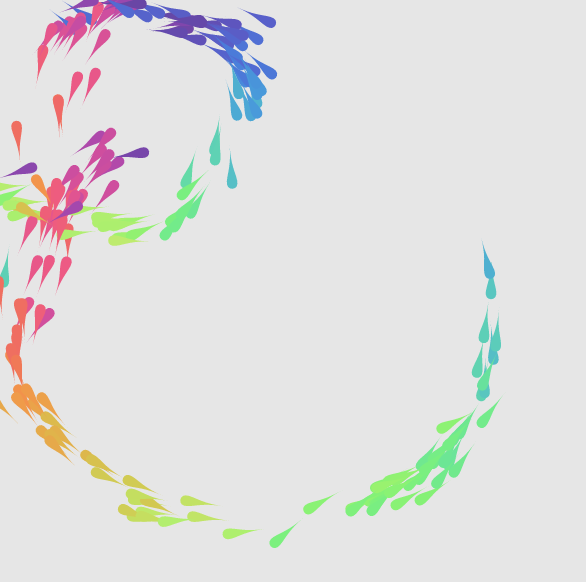 This explorable illustrates of an intuitive dynamic model for collective motion (swarming) in animal groups. The model can be used to describe collective behavior observed in schooling fish or flocking birds, for example. The details of the model are described in a 2002 paper by Iain Couzin and colleagues. 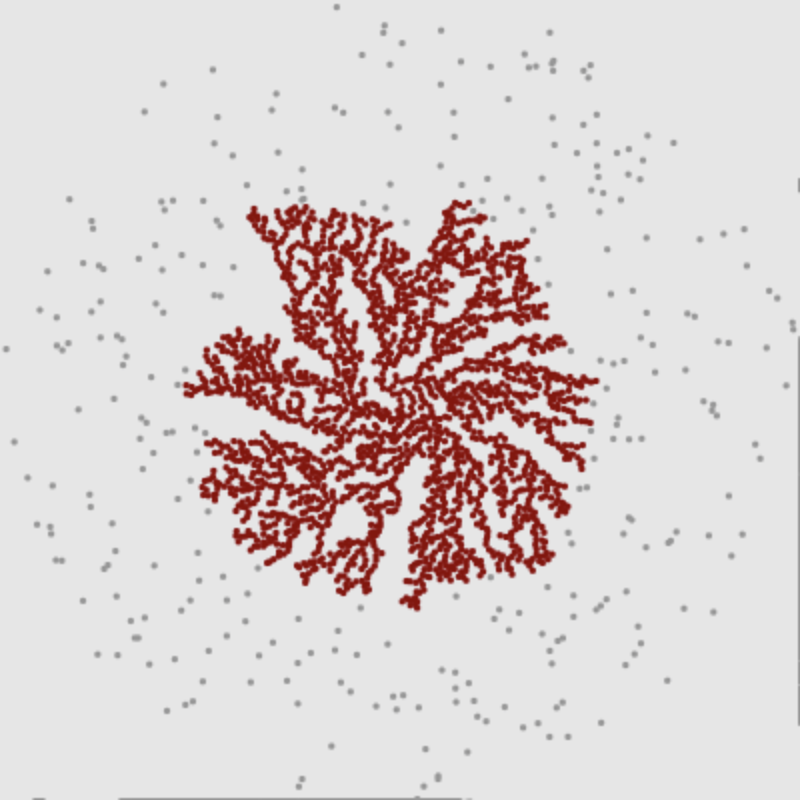 This explorable illustrates a process known as diffusion-limited aggregation (DLA). It's a kinetic process driven by randomly diffusing particles that gives rise to fractal structures, reminiscent of things we see in natural systems. The process has been investigated in a number of scientific studies, e.g. the seminal paper by Witten & Sander.